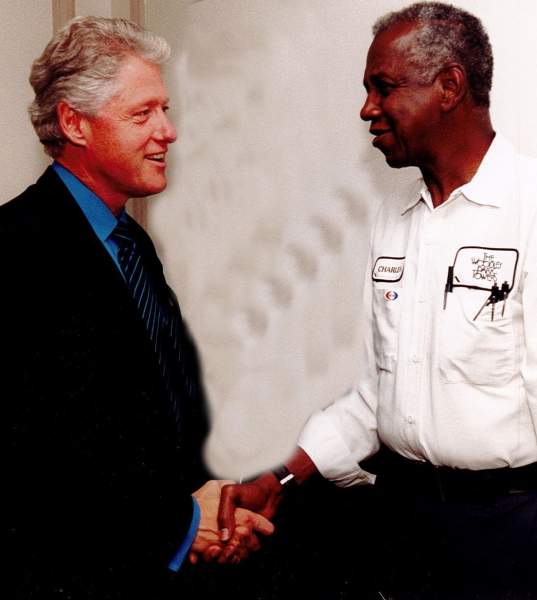 Charles Alexander Woodson, 84 of Wingina departed this life on Friday May 13, 2022 at Charlottesville.

He was preceded in death by his parents; Virginia Pauline Atkin Woodson and Coleman Woodson. Without a middle name his dad always went by C.W. He was also preceded in death by his brother, William Arthur Woodson.  Charles attended the Midway Mill School a two room school near Wingina and graduated High School in Nelson County in 1955. Charles became the all around handyman around home and installed the families’ first hot water heater and plumbing in their home of which his parents were so very proud of and would show the kitchen off to everyone that came by and say “Our son did this. Charles was an active member and Trustee of St. Hebron Baptist Church.

While in high school Charles took up carpentry and acquired the ability to do electrical, plumbing, and painting and later after graduation in 1955 he headed to Washington to seek employment and went to work in the Boiler Room at the Woodley Parks Towers where he excelled in all departments and became the Building Engineer and was privileged and honored to be greeted there by President William Jefferson (Bill) Clinton on a special occasion and visit to the Towers. Charles retired from Woodley Parks Towers after sixty years and twenty eight day and after retirement returned to his home in Wingina where he grew up.

Charles leaves to mourn his passing a devoted, honorable, and dedicated Great Nephew; Donnell Woodson whom Charles teased and called City Boy and Rookie. Besides Donnell he is survived by a host of other nephews, nieces, cousins as well as several great-nephews and great-nieces, and friends.

A funeral service will be held Tuesday May 17, 2022 at 1:00 p.m. at Wells/Sheffield Funeral Chapel in Lovington with Rev. Joseph Jones officiating with interment to follow at the St. Hebron Baptist Church Cemetery at Wingina. The family will receive friends one hour prior to service at the funeral home.

Funeral arrangements are under the direction of Wells/Sheffield Funeral Chapel of Lovingston, Va (434-263-4097).

To order memorial trees or send flowers to the family in memory of Charles Alexander Woodson, please visit our flower store.