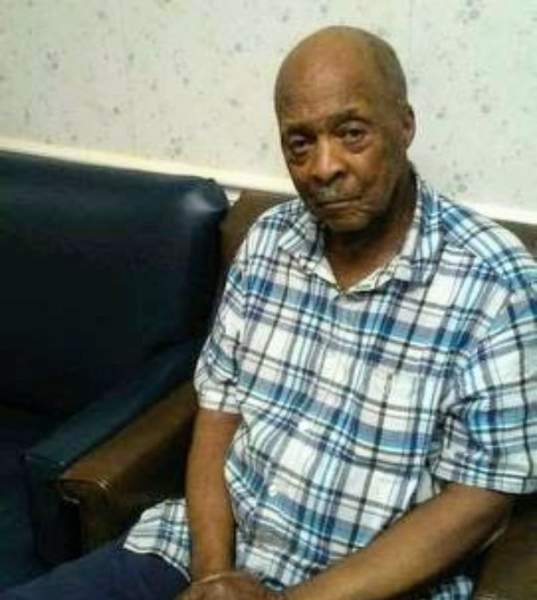 Glease Edward Jones passed on Thursday, January 6th, 2022 at Fairmont Crossing Health and Rehabilitation Nursing Home, Amherst County, Virginia. A man of great humor, spirit and that phenomenal memory he has joined his loved ones in eternal peace.
Glease Edward Jones was born on May 26th, 1930 in Amherst County, VA the youngest of four children born to Willie and Jannie (Jane) Jones (Taliaferro). Though Glease never married or had children he was surrounded by a huge family and friends. He spent his life in Amherst County Virginia until he became a resident of Johnson Nursing Home and then Fairmont Crossing until his passing. He was a member of St. Mary’s Baptist Church in Amherst County, Virginia.
As mentioned previously Uncle Glease had this great memory where others like me cannot remember what we did yesterday he could remember years and years before. Like when my mother was born, yes born! He was the unofficial keeper of the family’s history.
Great Uncle Glease was preceded in death by his parents Wille Jones (father) and Jannie Jones (mother), sisters Mary Elizabeth Taliaferro (Jones), Mattie Emma Brown (Jones), his niece Lueveneary Strickland (Taliaferro) who was more like his little sister since he helped raise her with his parents.
He is survived by McKinley Jones, Nieces and Nephews: Linda Smalls (Robert), Maryjane Scruggs, Faurice (Barbara), George (Teresa), and Willie Taliaferro (Georgianna), Cousin Lloyd T. Jones, great niece Rita R. Strickland; as well as a host of great-nieces, great-nephews, cousins and extended family members.
Though I saw him every few years when I attended homecoming services and more often talks on the phone when my mother and I would call and check on him, I saw and heard the love, pride and spirit of this great man. I loved him dearly. He is now reunited with my mom.

I thank those who have given kind words and offers of prayers to me and my extended family it’s received with love and gratitude.

A graveside service will be held Sunday, August 14, 2022 at 2pm at the St. Mary's Baptist Church in Lowesville, VA.

To order memorial trees or send flowers to the family in memory of Glease Edward Jones, please visit our flower store.