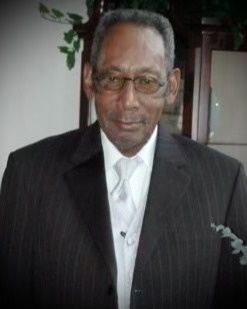 Mr. James J. Stewart, age 79, departed this life peacefully in his home on Monday, October 3, 2022, surrounded by his loving family.

He was born April 22, 1943, in Wintergreen, Virginia.  He was the son of the Reverend James Edward Stewart and Viola Turner Stewart both of whom preceded him in death.  He is also proceeded in death by his eldest sister, Mamie Stewart Kiser Turner and his Great Grandchildren: Jameria Brown and Marchella Alexander, Jr.

Mr. Stewart was educated by the Nelson County Public School System.  He was baptized at an early age and a lifetime member of the Elk Hill Baptist Church, Wintergreen, Virginia where he faithfully served on the Hospitality Committee and was a proud trustee even through his illness.

For his entire life, he was a dedicated employee and hard worker. Mr. Stewart was previously employed by Con Agra foods, Waynesboro Nursery, and during the last 13 years of his life he cultivated the art of landscaping.  He was the epitome of Matthew 25:35 – 36, “For I was hungry, and you gave me something to eat, I was thirsty and you gave me something to drink, I was a stranger and you invited me in, I needed clothes and you clothed me, I was sick and you looked after me, I was in prison and you came to visit me.” Even as his health declined, his dedication remained evident in his home as he had a storage area of boxes and food in preparation to feed anyone in need.  James Stewart was always a man who loved his family and that family extended throughout communities near and far. He never met a stranger in need for whom he would not go above and beyond to help.

Even until God had the final say, Mr. Stewart would not complain as he stood firm that his trust was in God and that He would see him through.  His dedication to Elk Hill Baptist Church and faith in God was always demonstrated, even in his final days as he made it a point for his nephew to stop by and pick up his tithe to deposit in the church collection plate. His four essential principles that he lived by were faith, family, friends, and food.

In honor of the life and legacy of this great man of God, the family is asking flowers to be sent to Wells-Sheffield Funeral Home 828 Front St., Lovingston, VA 22949 and request that donations be made to the Blue Ridge Area Food Bank.

A funeral service will be conducted at 1:00 p.m. on Saturday October 8, 2022 at Elk Hill Baptist Church in Nellysford with Pastor Harold Mears officiating. Interment will follow in the Elk Hill Cemetery.

To order memorial trees or send flowers to the family in memory of James Junior Stewart, please visit our flower store.