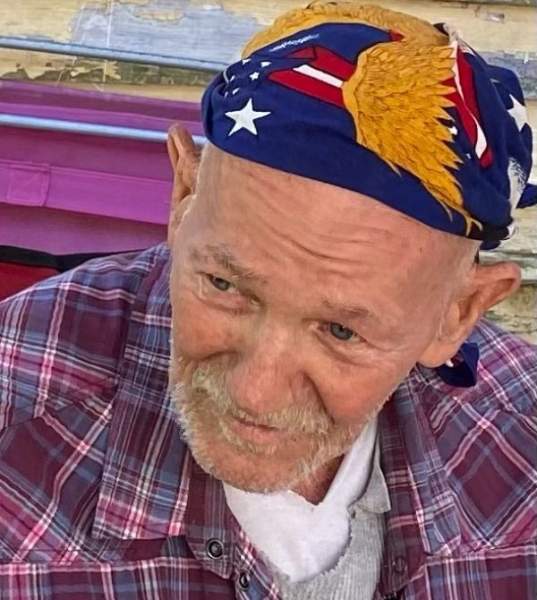 Jerry Oren Jordan Sr. passed away Sunday, June 19, 2022 at his beloved home in Schulyer, VA. His journey was brightened by the song of a beautiful little bird that braved the early morning darkness to sit on the porch rail at his door to sing the joy of his homecoming and comfort those left behind.

Born June 22, 1943 in Tyro, he was the son of the late John Sewyn and Mazie Bradley Jordan.  In addition to his parents, he was preceded in death by sisters Sandra McMurry and Nora Cash half-sister Sylvia Smith, Half-brothers James, Ryland, Sherwood and Charles Jordan as well as many other close family and friends that he spoke of often.

Jerry worked as a carpenter for many years in the area and would often talk of the many homes and business that he had worked on over the years, including some in Nags Head where he enjoyed fishing when he wasn’t building.  There was never a drive around the area that did not have the story of a place that he had worked on in some way or a person he had worked with.  He had a true gift at not only building new construction but also taking on older projects that most would have torn down and helped to bring out the beauty that was held within, a gift he has shared with many over the years who wanted to learn.  He often saw the beauty in what some would call junk and collected these simple treasures throughout his life, a lot of which is stored in the old church that he converted into a home/workspace for himself and his family.  Through the years he opened the doors to his home not only to his family but also to a number of others in need.  He was an avid storyteller who loved to recount past adventures to anyone who crossed his path. He will be remembered as Husband, brother, daddy, pop, friend to many, fishing partner, buddy, character, SOB to some (mostly those who needed it), a good man, hard worker, a man who told it like it was with no BS except for some of the stories that had a bit thrown in for flavor.  He will be greatly missed by those who knew him and those that loved him ... until we meet again.

Special thanks to DJ crazy Craig Loving, Kristy Haley & Beth Woodson for bringing the music that soothed the soul to Jerry this past year -giving his family and friends many cherished memories of sharing the joy of music and dance with Pop.

A memorial celebration will be held for family and friends in his honor at his home, 7615 Old Dominion Rd Schuyler VA on July 2, 2022 from 2pm to 6pm.  All that attend should be prepared to “have a good time or it’s your own fault”.  In lieu of flowers the family would welcome donations toward the final expenses and memorial celebration, donations to help with these costs can be made to Wells Sheffield Funeral Chapel.

To order memorial trees or send flowers to the family in memory of Jerry Oren Jordan, Sr., please visit our flower store.