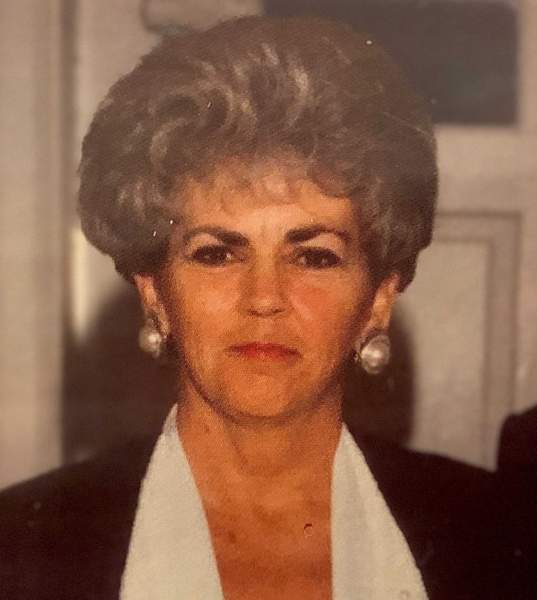 June Dolores Saunders Hill of Piney River Va., passed peacefully from our earthly world and into eternity with her Heavenly Father in the early morning hours of Sunday, January 30, 2022, after a brief illness.

Dolores was born on March 29, 1946, to Sidney Vernon and June Spencer Saunders.  She was a 1963 graduate of Nelson County High School, and married John William (Billy) Hill in November of 1965.   Together, they raised their sons Johnny and Jeremy on the lands of their ancestors in Nelson County.

She was a mother who never missed an opportunity to support her children or grandchildren in their activities and sat through thousands of ball games with Billy,  Johnny and Jeremy, never missing the first one.  She was a very active and loving grandparent, spending time making memories with each of them; it was so important to her that each of them knew how much they were loved by she and Billy.    Dolores was a longtime supporter of youth sports and helped to found and support the Jeremy Hill Memorial All Star Baseball Camp, which brought college level instruction to area youth from 2004 to 2019.

She was a friend to many and loved her time with her ladies, whether it was with her lunch crew, her Red Hatters, trips to Charlestown, or on her daily calls to her close circle of dear and devoted friends.  Quick with a smile and a kind word of encouragement,  she brought a light to every room she entered.   Life often is not always easy nor fair, and Dolores faced more than her share of hardships, particularly after Jeremys passing.   Throughout, she displayed grace and love and found the best in every situation and in every person.  "Put a smile on your face and a song in your heart" , a favorite saying of hers, were not just words spoken, but a doctrine she truly lived by and a great example for so many she encountered.

Dolores was very proud to claim the title of the oldest working secretary in Lovingston, having worked just days before falling ill last week.  She had been employed at the law firm of Eggleston and Thelen, and later for T. David Thelen since 1976.  She was a charter member of the Ladies Auxiliary of the Lovingston Volunteer Fire Department and also a Life Member of the Department.  She was active in her faith and in her church family at both Rose Union and Calvary Baptist.

Dolores was predeceased by her loving husband in 2018, by her parents, and her youngest son, Jeremy Vernon Hill.   She is survived by her son, John William "Johnny Jack" Hill and his wife, Ginger; her six grandchildren, Triston, Morgan and Reagan Hill, Timothy McFadden, and Johanna and Jacob Hill.  She is also survived by her sister, Gail Hahn of Piney River;  her sidekick, Zachary "Buck" Ponton (Taylor) and his sisters Alyson, Meghan, and Madison, along with a host of family and close friends.

The family will receive friends from 6p.m. until 8 p.m. on Friday February 4, 2022  at Rose Union Baptist Church, on Tye Brook Highway in Piney River, Va.   A reception for family and friends will take place on Saturday February 5, 2022 at 1:45 pm in the Family Life Center at Rose Union with a celebration of Dolores' life to follow in the church sanctuary at 3 p..m. with the Rev. John Patrick Campbell officiating and the Rev. Jim Hardwick assisting. Interment immediately following at Jonesboro Cemetery in Roseland. In lieu of flowers, the family asks that memorial contributions be made to the Jamey Watts Playground Fund at Rose Union, the Lovingston Volunteer Fire Dept. or the Piney River Volunteer Fire Dept.

Arrangements are under the direction of Wells/Sheffield Funeral Chapel of Lovingston.

To order memorial trees or send flowers to the family in memory of June Dolores Saunders Hill, please visit our flower store.