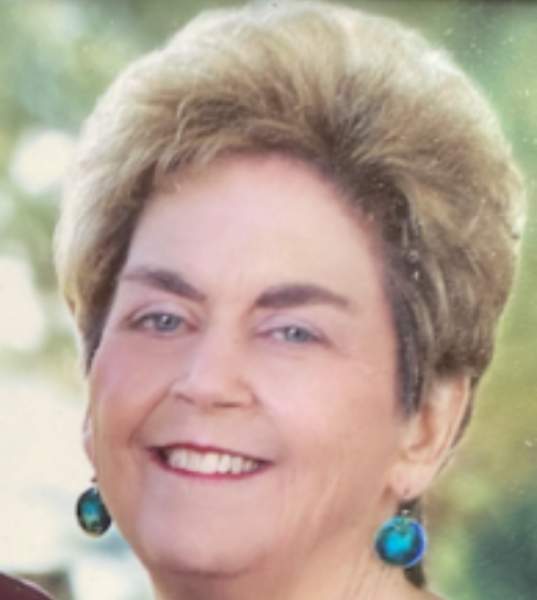 Kathleen Anne McIntire, age 77, passed away peacefully on March 3, 2022. Kate, as she was known to family and friends, was born on November 10, 1944, in Sayre, Pennsylvania. Her father, William D. Killea, was a foreign service officer with the U.S. State Department, which offered Kate the opportunity to experience cultures in countries such as Mexico, Pakistan, and Peru. After attending the University of the Americas in Mexico City, she earned a master’s degree in social work from the University of Texas at Austin. It was there she met her husband of 53 years, Jon Charles “Charlie” McIntire. They married on June 1, 1968 and the following year, embarked on a 20 year career in the U.S. Army.

While raising a family, Kate held several positions in the field of social work, serving as an adoption social worker for International Social Services and a volunteer recruiter for the National Kidney Foundation. In 1983, she assumed the position of Children’s Program Coordinator for the Virginia Peninsula Council on Domestic Violence (VPCDV) in Hampton, VA. She went on to serve as the Executive Director of VPCDV from 1984 – 2001, where she was instrumental in implementing a comprehensive five stage domestic violence program and the rehabilitation and construction of shelters for victims of family violence.

Kate and Charlie moved to Wintergreen, VA in 2001. She remained engaged with VPCDV as an editor and writer while serving as the Director of Grants. Kate continued to advocate for others by serving on the board for the Nelson County Community Foundation. She loved to host family and friends for long weekends and supported local artistic efforts, such as the Wintergreen Performing Arts Summer Music Festivals. Kate was a voracious reader, enjoyed a competitive match of Balderdash, and had a great sense of humor.

Kate is survived by her son, John McIntire and wife Joye McIntire of Manassas, VA, her son Chris McIntire and wife Gillian Penswick of Washington D.C., her brother William Killea and wife Patti Killea of San Diego, CA, and her sister, Anne Killea and husband Pat Donovan of Arlington, VA. She also had three grandchildren and 6 nieces and nephews who will miss her greatly. Kate was preceded in death by her husband, Charlie McIntire, her father, William D. Killea, and her mother, Anne Elizabeth O’Boyle Killea.

Details regarding a virtual celebration of life will be forthcoming. In lieu of flowers, please consider making a donation to one of the following organizations in her memory: