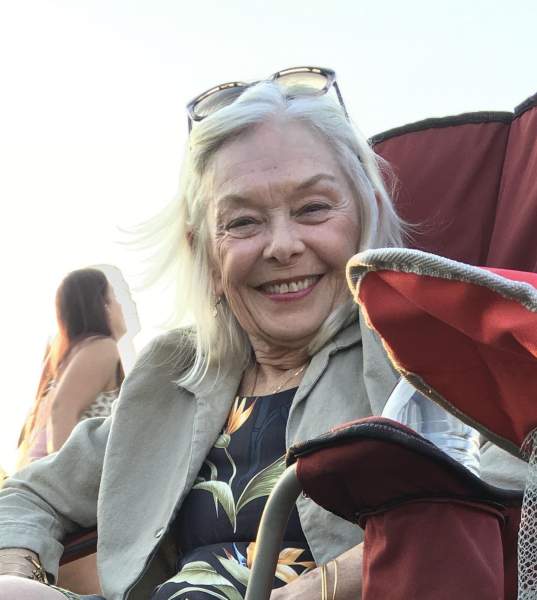 With sorrow, we announce the death of Paula Bullin Alexander.  Paula was a devoted wife and mother, and loyal friend to many.   She will be sorely missed.  She was clever, kind and constant, and while her passing was not unexpected, it leaves us all a little poorer.  She passed on Sunday, February 27, 2022 at age 71 in Nellysford, Virginia.  Paula lived in Nellysford for more than a decade, but also called Charlottesville and Buckingham County, Virginia her home as well as Cheyenne, Wyoming, and High Point, North Carolina.  She was born November 16, 1950 to Paul and Dott Bullin in High Point, NC., but called her time in Wyoming her “greatest adventure.”

She is survived by her daughters, Christine Alexander Willard and Rachel Alexander Adams, as well as her brother, Ken Bullin and his wife, Brenda and their son, Todd Bullin.  Married to Steve Alexander on February 4th, 1969, she was a beloved wife until his passing on December 8th, 2011.

Her final days were spent at home with younger daughter Rachel and partner Cory Heffron, and elder daughter Christine and partner Colin Steele.  Not long before her death, Paula remarked that her proudest accomplishment was raising her daughters.  She also enjoyed a deep and close relationship with her grandchildren, Jacob Alexander Willard, Dakota Heath Willard and Zachary Logan Willard.

Her professional pursuits included managing the office of Counseling Associates of Virginia for over two decades and PE assistant at Venable Elementary School.  Paula was a diehard UVA men’s basketball fan (go hoos), a Master Gardener with an enduring belief in the power of nature, and an avid hummingbird enthusiast.  She also dabbled in antique picking.

To order memorial trees or send flowers to the family in memory of Paula Bullin Alexander, please visit our flower store.