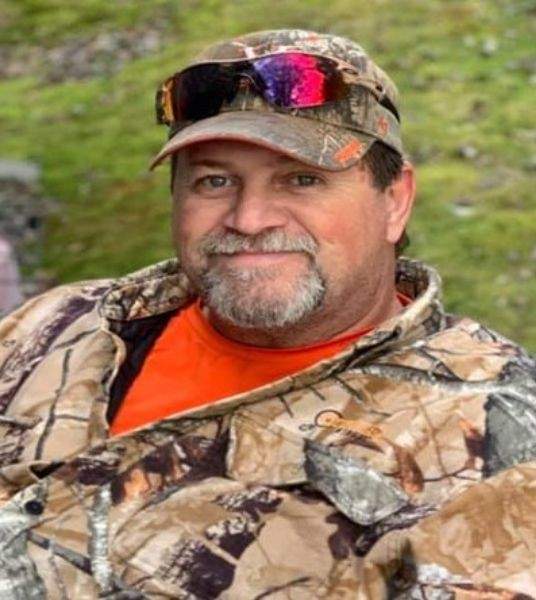 With heavy hearts we mourn the loss of Randy Hite who left us March 11, 2022, but with all the love he had for everyone and the great strength and courage he bore for the last year we will celebrate his life for years to come.

In addition to his father, he was preceded in death by his beloved stepmom, Ann Moses, his always ready to travel Jeep companion, Sherri Brooks, his adopted second dad, James Moyer and his great friend and brother from another mother, Steve Britt.

He is survived by his wife and love of his life, Hope Hite, his daughters, Heather (Kevin) and Amanda (Jr.), grandchildren Gabi and Kenzie, his dear brother and childhood sidekick, Robert Hite (Beth), best friends, Charlie and Cindy Sampson, his little 4 legged protectors Jax and Cooper, the Moyer sisters and their spouses whom had no idea he wasn’t really their true blood brother, his mother in law, Nannie Mae Moyer and many friends and prior coworkers to numerous to call each by name. Special thanks to Robert and Linda and Boonie Via coming and sitting with Randy many times during these last difficult months.

He was not your normal everyday husband, father, big daddy, brother, in law, or friend. No, he was so much bigger than that, but he carried himself small almost invisible till the time and need arose. Like the old westerns and movies, he loved to watch he was a modern day, Matt Dillon. His smile was contagious, his kidding infectious, he made you feel like you were the most important person in his world. And he did it all never on a stage, never expecting to be noticed, never requiring a grand thank you.

He became Big Daddy when his grandchildren, Gabi and Kenzie, the little keys to his heart were born. These last few years, he was never happier than when he was sitting behind a backstop watching Gabi play softball.  Prior to that he was daddy, mechanic, furniture mover, repairman, always clad in orange and blue UVA ticket master, shoulder to lean on and confident to his daughters Heather and Amanda. In the words of his daughters, Daddy was and always will be our Superman.

The journey’s beginnings were seeded when he met the love of his life, high school sweetheart, Hope Moyer. Mere children themselves they began and built a life filled with laughter, softball, home run derby’s, UVA games or behind the scenes set ups, time with friends and family, back road riding starting in the morning in Virginia and ending when the gas tank was empty, they ran out of roads, or they found themselves in another state. They learned from every experience that “soul mates aren’t found, they’re made”.

An informal family night will be held Monday, March 14,2022 from  6:00 p.m. until 8:00 p.m. at Calvary Baptist Church in Lovingston, VA.  In honor of Randy’s love for everything orange and blue, please wear your favorite UVA attire.

To say he was loved is insufficient. To say he will be missed, we do not have enough words or time. He was here only a short time, but his footprint is huge.   He was easy to love and will be impossible to forget.

In lieu of flowers, please donate to your favorite charity or Hospice of the Piedmont 675 Peter Jefferson Pkwy Suite 300, Charlottesville VA 22911.

To order memorial trees or send flowers to the family in memory of Randy Hite, please visit our flower store.