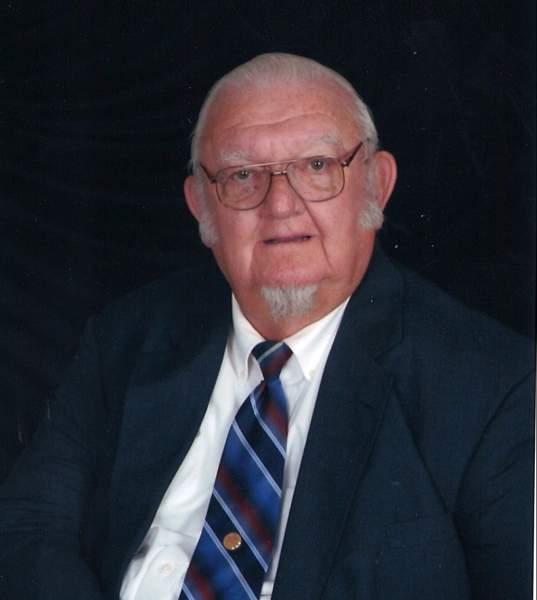 Robert Melvin Thompson, 79 of Shipman VA, also known as Papa, Big Head, Rob Melvin, The Meter Man and most recently The Seafood Man, passed away suddenly December 21, 2021 at his residence. Born February 19, 1942, to the late Clinton DeWitt Jr (Puddin) and Claytie Jackson Thompson.
Robert would say that he was a jack of all trades and a master of none. He learned his carpentry skills at an early age from his grandfather Jackson and used this trade his entire life. He was either building, remodeling, or painting a house during his time off. Robert went to work at the Cold Storage in Shipman and that is where he met his wife, Audrey. In 1965 he went to work at Central Virginia Electric Co-op as a meter reader and retired in 2004 as the Meter Supervisor with 39 years of service. Robert loved the outdoors. When he was not working you could find him hunting, fishing, cutting grass, working in his garden, or feeding and watching his birds. Robert had many friends. He never met a stranger and would help in any way possible. After retiring he ordered and picked up seafood for the community weekly and a big order at Christmas. The day he passed he spent the entire day meeting people at his house delivering their seafood for Christmas. Robert was proud of his family and loved each one unconditionally. He taught his kids and grandchildren so much, and no one will ever be able to fill his shoes. Robert was a 54-year member of Fleetwood Harmony Masonic Lodge.
Robert was preceded in death by his parents Clinton DeWitt Jr and Claytie Jackson Thompson as well as his brother Richard Edward Thompson and brother-in-law Alexander (Lukie) Browning and great granddaughter Aurora Thompson.
Robert is survived by his cherished wife of 61, years, Audrey Martin Thompson. His three children: Robert Thompson Jr. (Linda), Amherst, Alice Harlow (Herman Williams), Shipman, David Wayne Thompson (Tina), Shipman. Eight grandchildren: Erika Thompson (Phil), Travis Fields (Kristin), Salena Thompson, Teri Thompson, Clayton Thompson (Chelsey), Haley Harlow (Tyler), Dakota Thompson (Brooke) and Mason Thompson (Allie). Four Great Grandchildren: Blake Lenahan, Isabella Thompson, Cannon Fields and Olivia Thompson. One Sister: Mary Camm Browning, special nephew Chris Browning (Amanda) and their children Jemma and Alden. Also, a very special friend that he loved like a brother, Greg Hughes, Gladstone.
All services will be private per his wishes. In lieu of flowers the family suggests contributing to your favorite charity.
Arrangements by Wells/Sheffield Funeral Chapel of Lovingston (434-263-4097).

To order memorial trees or send flowers to the family in memory of Robert Melvin Thompson, please visit our flower store.