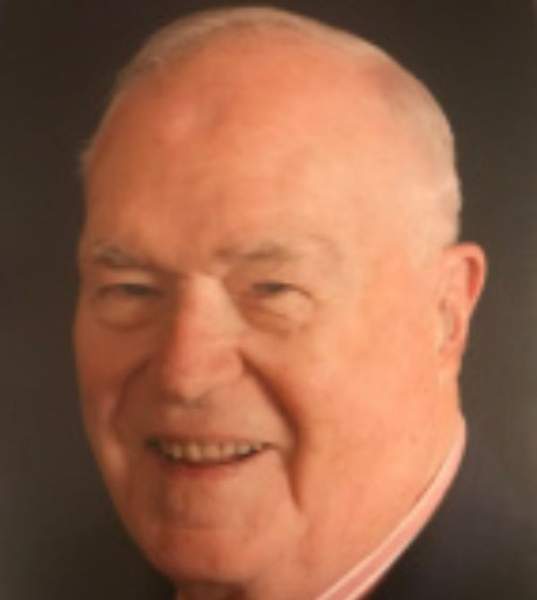 Born November 26, 1933 in Lovingston, VA, he was the son of the late Frank Hill and Grace Tice Mays.

His son, Jeff and brothers Russell Hope Mays, Buddy Mays, Doug Mays and wife Joyce and brother-in-law Ray Whitelock preceded him in death, as well as his parents.
Skip actively served in the US Navy during the Korean War and in the reserves from 1951 to 1959. He worked in the Business Management field and was involved with the management of country clubs in Virginia and North Carolina for over 40 years. After retiring from Raleigh Country Club as General Manager in 1998, he served 13 country clubs on the east coast in an interim capacity. He was active in the Club Manager’s Association of America where he served two years as President of the Clubs in Virginia and on various committees at the national level during his active involvement. Since 1998, when not involved with clubs, he enjoyed working with Capital Ford of Raleigh as a vehicle delivery driver. This included traveling over most of the states east of the Mississippi and averaging 100,000 miles a year.
Skip was a Life Member of the B.P.O.E Lodge #389 and American Legion Post #74 in Charlottesville, VA. He worked for over 25 years for both organizations before he left Charlottesville in 1978. He served all the chairs in the Elks except Exalted Ruler, including 7 years as its Secretary. For the American Legion, he served as Post Commander, District Commander, Department Vice Commander, Department Membership Chairman and lastly, as Alternate National Executive Committeeman representing the state of Virginia. He was also associated with La Societe des Quarante Hommes et Huit Chevaux, better known as the 40&8 of the American Legion. While living in Charlottesville, he was a member of University Baptist Church and in Raleigh, Greystone Baptist Church. Skip especially enjoyed his 25 years of ushering University of Virginia football and basketball games.
His devoted wife of 67 years, Libby, one daughter Liz, and son-in-law Jon Nelson of Newport Beach, CA survives him.
He is also survived by many family members whom he dearly loved – sisters Becky Whitelock, Reba Laramy and husband Bob, Sandra Marr and husband Russell, Sue Mott and husband Chester and brother Steve and wife Jane, and sister-in-law Jean Mays and a number of nieces and nephews.
A celebration of life will be held at a future date.
Arrangements are under the direction of Wells/Sheffield Funeral Chapel, Lovingston, Virginia (434-263-4097).

To order memorial trees or send flowers to the family in memory of Walter "Skip" Leonard Mays, please visit our flower store.