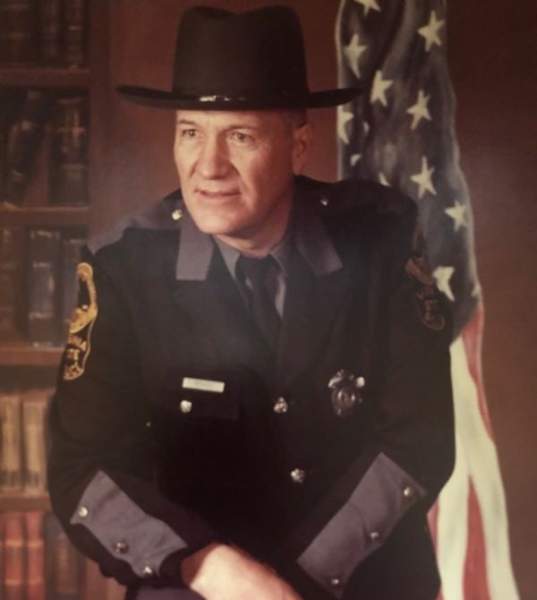 Rodney and Annie were childhood friends and later married on September 20th, 1950. Rodney loved to eat Annie’s apple pie and homemade rolls. He often said anything she cooked was “the best I ever put in my mouth.” Rodney enjoyed being with family, creating many memories playing ball in the front yard, telling stories and laughing around the dinner table, and spending holidays with many brothers and sisters, aunts and uncles, and cousins. Always a prankster, jokester, and storyteller (emphasis on the story), Rodney would never fail to brighten the room when he walked in.

Rodney started his law enforcement career with the Lynchburg City Police Department before joining the Virginia State Police, where he faithfully devoted 30 years. He was an active member of Calvary Baptist Church in Lovingston since 1967, where he served as a deacon and took great pride as a groundskeeper. An avid hunter and fisherman, Rodney spent many hours in the mountains or on the lake. It didn’t matter if he came home empty-handed, he just enjoyed being outdoors.

A celebration of Rodney’s life will be at 11 am on Monday, February 7th, at Calvary Baptist Church in Lovingston, with Pastor Jeremy Humphrey officiating. Lunch will be served following the service in the fellowship hall where people may greet the family. A graveside service will be held later that day at 3:00 pm at Rocks Baptist Church, 393 Rocks Church Road, Pamplin, VA.  In lieu of flowers, donations may be made to the Virginia State Police Association Emergency Relief Fund (https://www.vspa.org/donate/erf.html).

To order memorial trees or send flowers to the family in memory of William Rodney Roach, please visit our flower store.